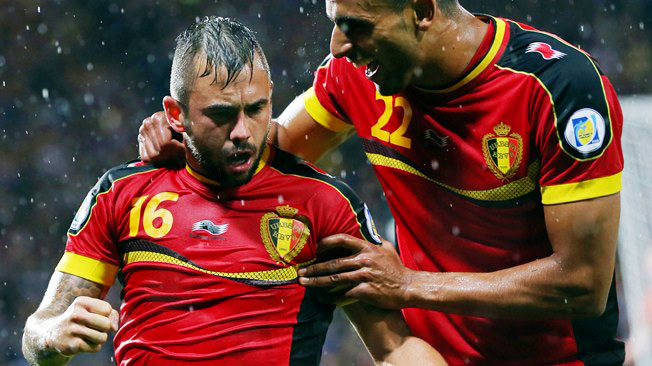 Belgium, Russia expect to progress
Group H looks on paper to be one of the most evenly weighted sections, though European duo Belgium and Russia will kick off as slight favourites against Algeria and Korea Republic, two teams undergoing a period of transition.

The teams
Between them, the four sides in Group H have appeared in 28 separate FIFA World Cups™. Belgium are the most experienced thanks to their 11 previous campaigns, even if they have not taken part since Korea/Japan 2002, while Korea Republic have appeared nine times, Russia five and Algeria four. As a result, no one team is likely to have everything their own way, although Belgium will be hoping to live up to the expectations raised by their golden generation of players and a coach adept at getting the best out of them. For their part, Russia will also travel to Brazil with lofty ambitions, the 2018 hosts side keen to perform before welcoming the world for the following edition.

Korea Republic are one of three teams in the group, along with Belgium and Russia, to have progressed to the semi-finals, with Guus Hiddink having led them to the last four on home soil in 2002. As for Algeria, they will be desperate to find the net after failing to score a single goal in their three group games at South Africa 2010, which included a 0-0 stalemate against an England side managed by current Russia coach Fabio Capello.

The crunch match
Belgium-Russia: Top spot in the section could well be decided when the two European hopefuls lock horns at the Maracana on 22 June. In terms of past encounters, Russia hold the edge, having faced Belgium eight times as an independent nation or part of the Soviet Union and recorded a quartet of wins, along with one draw and three defeats. The picture is a little different on the World Cup stage, however, with both sides posting a pair of victories from their four previous jousts. In addition, Belgium have not lost to Russia since 1982.