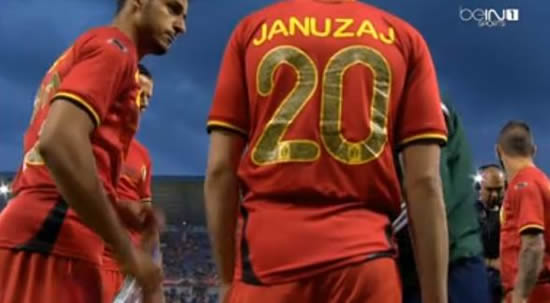 Adnan Januzaj will start for Belgium tonight in their last group game against South Korea.

Having qualified for the knock-out stage of the tournament already, Belgium boss Marc Wilmots has decided to give Januzaj the opportunity to make his World Cup debut at the age of 19.

From the training pitches at Carrington to Arena Corinthians in Sao Paolo, it has been a magnificent story of progression from Januzaj in the past couple of season and the best thing about is that he is only just beginning his career.

There won’t be any great expectations on the shoulders of Januzaj for his first appearance on the biggest stage in football with Belgium but United fans will be hoping that he can put in the sort of electric performance that made him such a hit at Old Trafford last season.