Liverpool's Luis Suarez finally apologises for biting Chiellini but is he leaving Anfield? 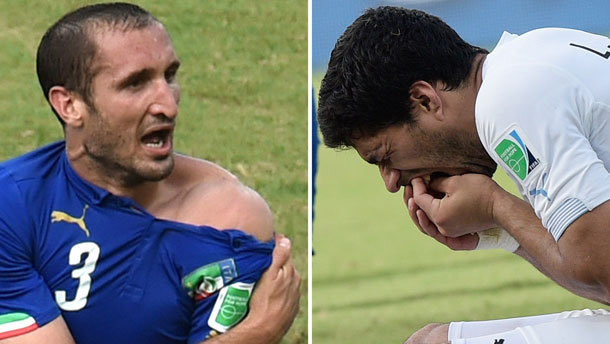 APOLOGY: Suarez finally issued an apology after the biting incident

The Uruguay striker's humiliating climbdown is believed to have been demanded by the Spanish side before they were prepared to sign him this summer.

Suarez had initially refused to take the rap for a bite on the Italian defender which put him out of the World Cup and earned him a four-month ban from football.

But with Barcelona pushing for an apology before pressing ahead with an £85m move for the Liverpool hitman, he has now said sorry. 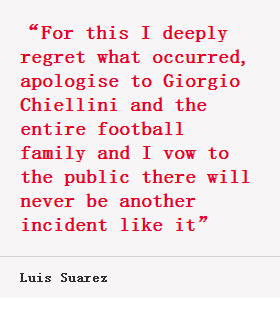 "After several days being home with my family, I have had the opportunity to regain my calm and reflect on the reality of what occurred during the Italy-Uruguay match," Suarez said.

"Independent from the fallout and contradicting declarations that have surfaced during these past few days, all of which have been without the intention of interfering with the good performance of my national team, the truth is my colleague Giorgio Chiellini suffered the physical result of a bite in the collision he suffered with me.

"For this I deeply regret what occurred, apologise to Giorgio Chiellini and the entire football family and I vow to the public there will never be another incident like it."

Suarez's apology, which came via his Twitter account, may also have been aimed at trying to reduce the length of his ban on appeal.

Chiellini immediately accepted the apology and tweeted back: "It's all forgotten. I hope FIFA will reduce your suspension."

Suarez had ludicrously suggested he had lost his balance and fallen onto Chiellini in the game which Uruguay won 1-0 to go into the last 16 where they lost to Columbia.

But the real driving force is the pressure from Barcelona to get Suarez - who was previously banned for biting Chelsea defender Branislav Ivanovic and PSV Eindhoven's Otman Bakkal - to hold his hands up.

The Spanish giants wanted a show of remorse from Suarez before launching with their bid to buy him.

And they are now ready splash the cash for new boss Luis Enrique.

Barcelona's economic vice-president Javier Faus said: "In the last three years Barca have been earning money and reducing their debt at a large rate and are stronger financially.

"We can realise all the sporting challenges and signings our coaches and sporting director want."

Liverpool are determined not to sell on the cheap, but any funds raised from offloading Suarez will help boss Brendan Rodgers build his squad.

He has pledged to bring in a handful of new faces to add to new signing Adam Lallana.

The England midfielder, 26, will complete a £25m move from Southampton today to join former Saints' team-mate Rickie Lambert at Anfield.

"We still have signings to make to ensure we have the squad strength to cope," said Rodgers.

"Obviously returning to the Champions League is fantastic for the club and for the supporters.

"But we're into four competitions next season and we want to do really well, and that's going to take a few more signings to bring in."