FIFA have confirmed that the Uruguayan Football Association have appealed against Luis Suarez’s biting ban. 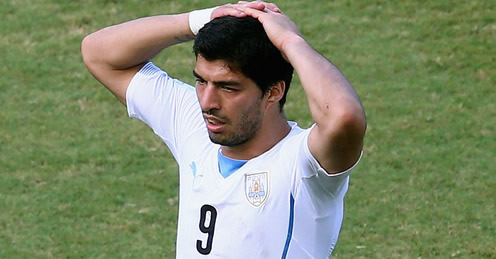 The Liverpool and Uruguay striker was banned from all football-related activity for four months for biting Italy's Giorgio Chiellini during the World Cup.

The Uruguayan FA had until this Sunday to make an appeal against the sanctions ordered after Suarez's bite and the appeal was expected, despite the striker admitting the offence and apologising to Chiellini.

His legal team will mount a defence of the striker over the weekend and into next week. It will then rest with FIFA's appeal committee to decide to uphold the decision, decrease the ban or even increase it.

The suspension means he cannot play for any club until the end of October but it does not prevent him having a medical for any possible transfer from Liverpool to Barcelona.

Claudio Sulser, the head of FIFA's disciplinary committee, said: "The player cannot have any activity related to football, but a medical examination for a transfer, yes - the sanction is not linked to transfer rights."

Asked why the committee imposed a ban that damaged Liverpool, Sulser said: "That's your opinion. It's a sanction against the player. That is the risk if you are a player and you are sanctioned at the World Cup.

"I agree with you it's a problem for Liverpool, but the sanction is in the disciplinary regulations."

Sulser added that the Suarez bite was "a very severe case" but that the sanctions - which also included a nine-match international ban and a £66,000 fine - were not to set an example, but for "justice".

"This is still an ongoing case and an appeal has been filed, so I prefer not to give my opinion,” he added.

"When the committee was analysing this case, one thing I mentioned in my capacity as the chairman is we don't need to impose an exemplary sanction, we need to have justice and reached the sanction in a very severe case."