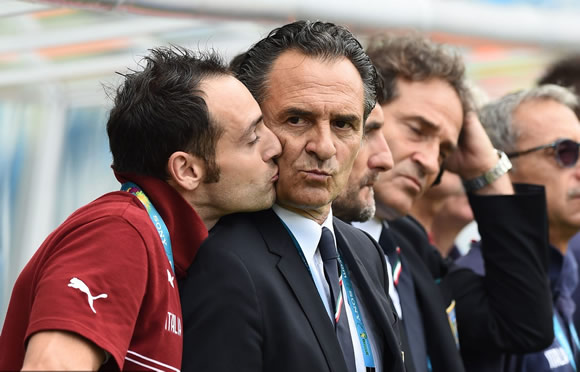 The Azzurri needed just a point to progress to the knockout stages from their final Group D clash with Uruguay but, in a controversial match, they were beaten 1-0 thanks to Diego Godin’s late goal.

Prandelli announced at his post-match press conference: "I talked to the president of the federation and gave my resignation.

"The technical set-up didn't work, and I take all responsibility for that.

"Something has changed since my contract was renewed. I don't know why. I chose a certain technical plan and that's why I'm resigning - because it did not work."