Argentina have an overdependence on Messi - Sabella 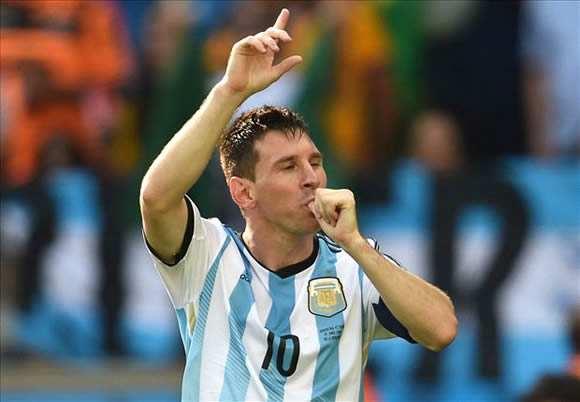 Alejandro Sabella believes that his Argentina side need to learn to depend less on Lionel Messi and also look to improve on recent displays when they face Nigeria.

The 27-year-old attacker has scored in both Group F games so far, netting sublime winners in both the 2-1 victory over Bosnia-Herzegovina and the 1-0 win over Iran.

However, head coach Sabella conceded that his team need to show some improvement on those performances and acknowledged that his players must look beyond Messi to win matches.

"Every time you have a player like Messi, there is of course overdependence," the 59-year-old told a press conference.

"Leo has played very well in the national team in Argentina and the friendly matches we have played outside. In these two matches he has been good. He is venerated in Argentina and he has deserved the veneration.

"We have to improve in the group, we need a little more mobility to find the spaces.

"Team problems can't be discussed publicly as a matter of respect for the group. I think we are improving little by little and we need trust and confidence."

The Albiceleste will face Nigeria in their final group game on Wednesday and Sabella insisted that the Super Eagles, who go into the game after defeating Bosnia-Herzegovina 1-0, will pose a real threat given their speed in attack.

"Every time that we have won against Nigeria, we have scored with set-pieces. They are a difficult opponent to play," he continued.

"We know about [Emmanuel] Emenike and the physical strength he has. We know that generally the Africans are very fast. They have this way of playing that you always have to watch out when they get the ball into the attack. It is a team that is very fast."