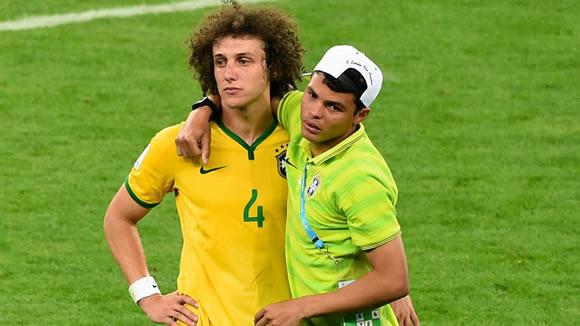 Joachim Low felt sympathy for Brazil after watching his Germany team crush the hosts 7-1 in the World Cup semi-finals.

Low insists he knows how the Brazil team – and the nation – would be feeling as he experienced a semi-final defeat in 2006 when they lost to Italy at the same stage.

Thomas Muller scored in the 11th minute and the wheels came off after Miroslav Klose scored the second on 23. Toni Kroos scored in the 24th and 26th minute and Sami Khedira after 29 - four goals in just seven minutes. Substitute Andre Schurrle rubbed salt in the wounds in the 69th and 79th minutes, Oscar scoring Brazil's goal in the 90th minute.

"We were shocked too and experienced the same thing in 2006," Low said. "They were shocked and didn't expect to fall behind. And after that it was an easy match for us."

Low, who was Jurgen Klinsmann's assistant coach in 2006 when they were beaten by the Italians 2-0 in extra time, said he thought the enormous pressure on the hosts could end up being a burden.

"We had great hopes in 2006 too and you can feel the pressure that the hosts have in a match like this," Low said. "We lost in the 119th minute back in 2006, so we know how (Brazil coach Luiz Felipe) Scolari feels, how the Brazilian team feel, and the people in Brazil feel right now.

"All 200 million people here want you to get to the final. That can cause your players to tighten up. I feel sorry for him (Scolari)."

Low was pleased that his team saved their best effort in the World Cup for the Brazil match, a rout that wiped away memories of the tense 2-1 last-16 win over Algeria which triggered widespread criticism back home.

"Five goals in 18 minutes - it's clear that they were shocked and didn't know what to do," he said.

“Let's put it into context: the hosts were unable to deal with the pressure. We had a clear, persistent game-plan and if we were courageous and believed in our own strengths, we would win this match.

"That the result would be so emphatic was not to be expected. Scoring three in four minutes the hosts were in shock,  confused, and never returned to their original organisation. We were extremely cool and realised they were cracking up, and we took advantage of that.

"Everyone did their job today with a lot of concentration. But this has to continue. We need to stay humble. We don't want to over-rate this. We have to stay concentrated until Sunday."

Low said he had no preference on playing Argentina or the Netherlands in the final.

"We're obviously going to celebrate a bit tonight but we have to start focusing right away tomorrow on the next match," he said.

"But I'm not worried about that. The players all have their feet firmly on the ground and they won't let this (win) go to their heads."