Italian Nicola Rizzoli has been chosen by Fifa to referee the 2014 World Cup final between Germany and Argentina. 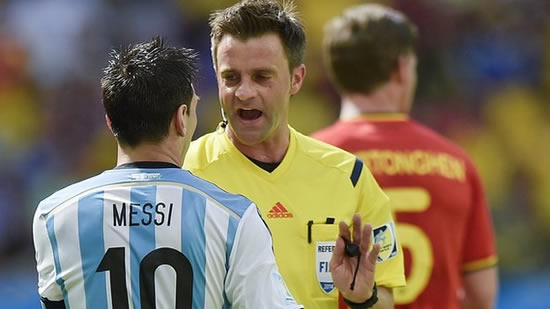 Englishman Howard Webb, who refereed the 2010 World Cup final in South Africa, was one of Fifa's shortlisted officials but was not selected.

Germany and Argentina play in the Maracana stadium, Rio De Janeiro, at 21:00 BST on Sunday, 13 July.

Rizzoli, an architect from Bologna, has already refereed three matches at this year's tournament in Brazil.

On Sunday he will be assisted by compatriots Renato Faverani and Andrea Stefani, while Ecuadorian Carlos Vera will be the fourth official.

He will become the third Italian referee to officiate a final, after Sergio Gonella in 1978 and Pierluigi Collina in 2002.