World Cup 2014 final: David Beckham spotted at the Maracana with his children all wearing Argentina shirts 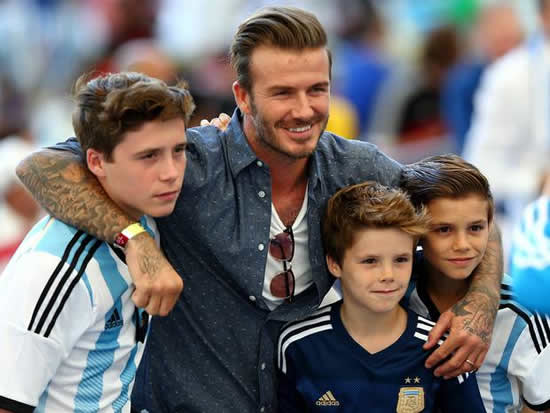 David Beckham has been spotted at the Maracana, where he is watching the World Cup final alongside his three sons Brooklyn, Romeo and Cruz, who are all showing their colours - the colours of Argentina.

The Beckham family appear to all be supporting Argentina against Germany in Rio, with all three of his sons wearing the South American's strips.

It shows there are no hard feelings from Beckham, who endured the lowest point of his career against Argentina when he was infamously sent off against them at the 1998 World Cup in France.

Beckham predicted before the final that Argentina would win 3-1.

Will Beckham's next child be named Buenos Aires?