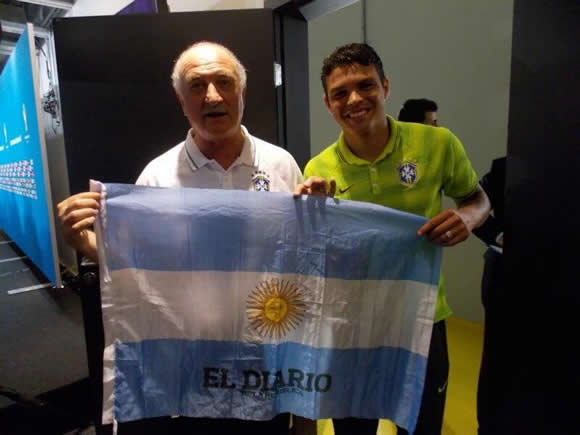 Brazil manager Luiz Felipe Scolari is a superstitious man. So superstitious that he's taken to posing for photos with a specific Argentina flag before matches.

Yes, while some Argentine fans dance in the streets of Brazil with replicas of Neymar's injured spine, Scolari happily poses with suspended Brazil captain Thiago Silva and the flag of his nation's rivals in the hopes that it will bring him luck against Germany.

The flag was supplied by a journalist for Argentine newspaper El Diario de la Republica. Scolari first politely agreed to pose with it before Brazil's round of 16 match against Chile. Brazil won (just barely), so when the same journalist asked Scolari to pose with the flag again ahead of Tuesday's semifinal, the 2002 World Cup winner called Silva over saying, "This flag brought us luck."

The flags of fellow World Cup semifinalists aren't the only things Scolari believes to be lucky, though. He also has a blue jacket that he's worn for most of Brazil's matches that he believes to be a positive force. 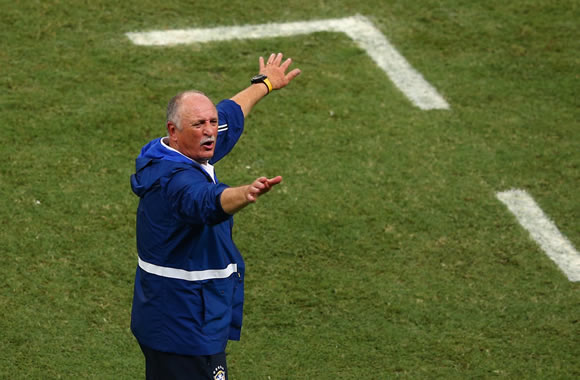 At the 2010 World Cup, Germany manager Jogi Low had a lucky blue sweater that went unwashed until his side's 1-0 loss to Spain in the semifinals. The sweater went on to be sold for €1 million (with the proceeds going to a children's charity) and it was displayed in a museum.