Cute: Arjen Robben consoles crying son with his wife after Holland lose on penalties to Argentina

It was a tough night for Arjen Robben. 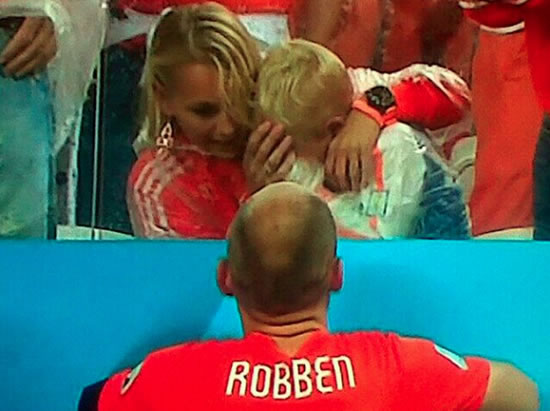 The Dutch winger, who has been arguably the player of the tournament, was man marked by Zabaleta all night, and failed to get his game ignited.

He had a great chance to score the winner late on, but was thwarted by a brilliant tackle by Mascherano.

Robben scored his penalty, but was powerless to save the Oranje, as Vlaar and Sneijder missed their spot kicks.

When the game was up, Robben went straight to his wife and son, who were sat in the front row in the far corner.

Robben’s boy was inconsolably crying in his mother’s arms, as Dad Arjen went to console him.

Watch the Vine below. 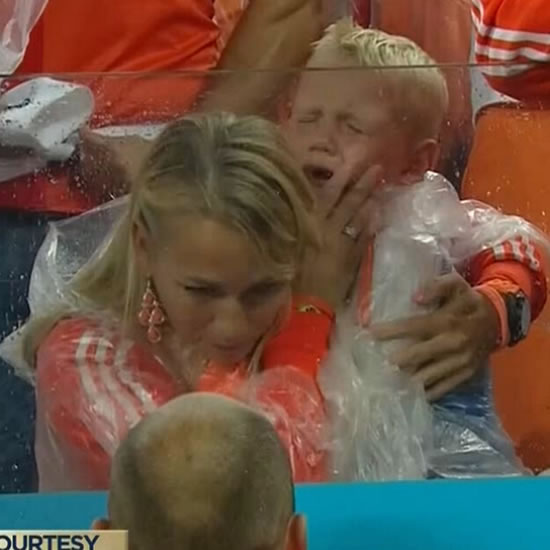