AFTER crashing out of the World Cup in humiliating fashion, Brazil are looking for someone to blame and they've settled on, er, Mick Jagger. 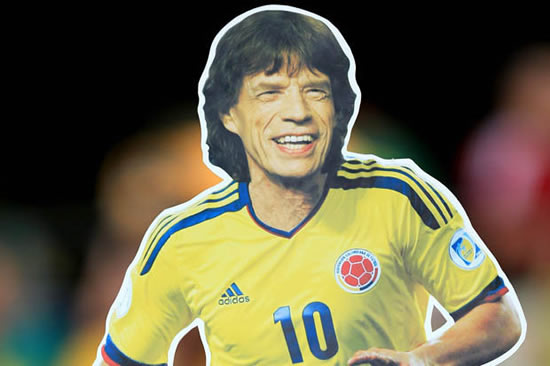 BAD OMEN: Mick Jagger has been blamed for Brazil's crushing defeat to Germany

The Rolling Stones frontman was in the VIP box to watch the host nation lose the semi-final in spectacular fashion after earlier declaring his support for them.

But that support went down like a lead balloon as Brazil fans described him as 'pe frio' – a term used to describe someone who brings bad luck – and the final result left little doubt in their mind.

The wrinkly rocker's bad omen notoriety does have some merit – it seems that every time he declares his support for a team, they end up losing. 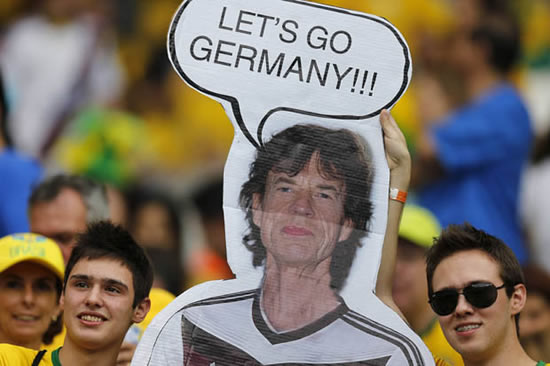 DEFLECTION: Brazil fans attempted to spread the curse of Jagger to Germany

• Told Italian fans that Italy would beat Uruguay and move through to the knockout stages before they lost and failed to get through.

• Told Portuguese fans that they would win the World Cup – before they were knocked out.

• Showed his support for England against Uruguay – and, well, we all know what happened there.

Brazilians know the curse of Jagger only too well after he wore a Brazil shirt during their game against the Netherlands in the 2010 World Cup before they lost to them in the quarter finals.

Before last night's match many fans held out cardboard cut-outs of the rock star wearing shirts from other countries in an attempt to spread the curse elsewhere.