AN adult website have asked members to stop uploading videos of Germany's 7-1 pounding of Brazil as their 'public humiliation' category is full. 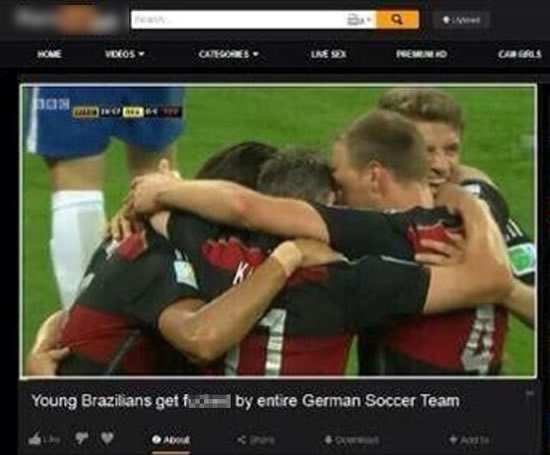 ADULT CONTENT: The site has asked members to stop uploading videos of the battering

Dozens of footie fans have tried to upload the footage to Pornhub.com after the shocking result last night.

One video was titled, "Young Brazilians get f**** by entire German soccer team" and many more clips from the game were sent to the site. 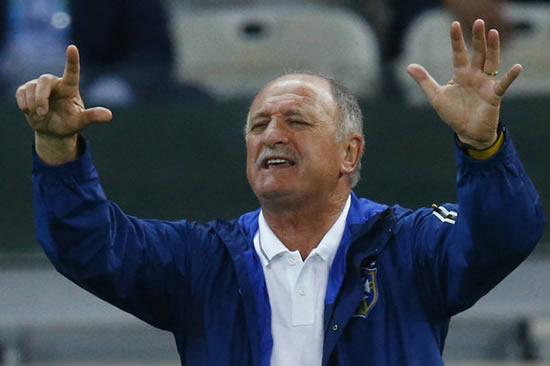 Brazil's World Cup demise came within the space of half an hour.

By the 29th minute, they were 5-0 down - sending the internet crazy with memes, jokes and general shock.

The match became the most tweeted about sporting event with 35.6million talking about.

Brazil's loss marked their first defeat on home soil in 39 years and manager Luiz Felipe Scolari called it the "worst day of his life".

The former Chelsea boss said: "I'll be remembered probably because I lost 7-1, the worst defeat Brazil have ever had.

"If I were to think of my life as a player, as a coach, as a teacher, this was the worst day of my life.

"I'm sorry that we weren't able to get to the final and we're going to try to win the third-place match. We still have something to play for."

But sorry Big Phil, it won't change the fact your team were the #1 laughing stock of the internet at one point.