Messi is not the greatest of all time, says Mourinho

The Chelsea boss believes the Argentina star has yet to surpass some former greats, while he feels Arjen Robben, Paul Pogba and Manuel Neuer were the stars of the World Cup 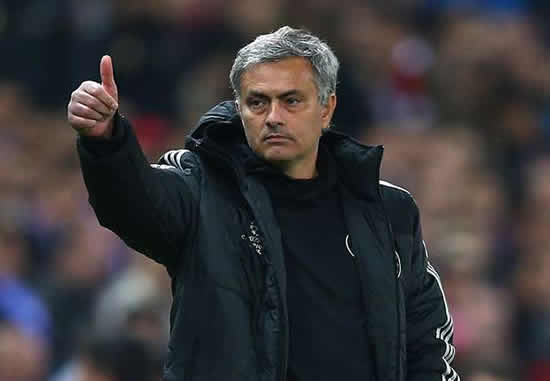 Chelsea manager Jose Mourinho insists that Barcelona attacker Lionel Messi is not the best player of all time.

Debate has raged about whether the four-time Ballon d'Or winner is the best player the world has ever seen, with many insisting Pele and Diego Maradona are ahead of him having carried their respective countries to World Cup triumphs.

Mourinho has stressed the Argentina international has shown over the past decade he is a fantastic attacker - irrespective of the result of the World Cup final against Germany - but feels the prolific forward is not number one just yet.

"He doesn’t need to win the World Cup to be considered an historical player in this decade. But for me he is not the greatest player of all time."

The Chelsea boss then went on to praise Arjen Robben following his fine performances at this summer's tournament, while he also had words of encouragement for Manuel Neuer and Paul Pogba.

"I think Robben has been the best player of the World Cup. I think from day one until the last match he was the player who play at a high level, never ever up and down, always up."

"I would say Pogba has been the best young player, because he had a good World Cup despite the fact his team didn’t reach the last four. I think he showed that he is a big player for the next World Cup."

"The best goalkeeper? If Neuer is so good and solid in the final as he was up until now I would say Neuer."

Mourinho was less impressed by countries such as Spain, England, Italy and Portugal, but felt it has been a great World Cup nonetheless.

"Lots of big teams disappointed, England, Portugal, Spain, Italy, so many of them were below expectations and didn’t even qualify from the group stage."

"But it has been a fantastic World Cup. Costa Rica, Columbia, Chile, US , Algeria, these are the teams responsible for the beautiful World Cup."