Luiz Felipe Scolari hopes to restore some pride when Brazil take on the Netherlands in Saturday’s World Cup third-place play-off. 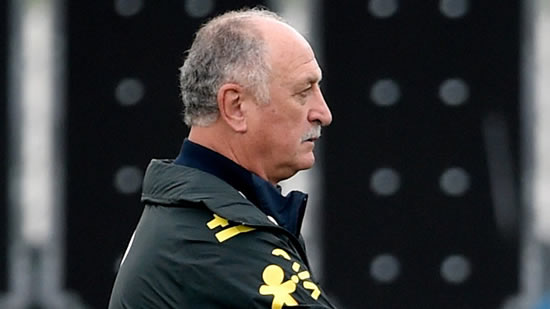 Luiz Felipe Scolari: Wants to finish on a high

Scolari has come in for huge criticism following the embarrassing 7-1 defeat to Germany in the semi-finals.

He has so far rejected calls to resign and is hoping to finish what has been a rollercoaster ride for the nation on a high note on Saturday.

"I know my career will be marked by this defeat, but we have an obligation to move on and think about the next goal, which in this case is the match for third place on Saturday in Brasilia," said the Brazil coach.

"I know it's a much smaller dream that we all wanted, but we have to honour the shirt of the national team."

Scolari will meet with officials from the Brazilian Football Confederation following the match in the capital to discuss his future.

Brazilian football great Zico was one of those calling for Scolari to go following the hammering in Belo Horizonte, but Scolari insists he has done a good job with the players at his disposal.

"We made the semi-finals, the top four teams in the world," he said. "And there were a lot of good teams that were knocked out before us."

Captain Thiago Silva will return to the team after missing Tuesday’s humiliation through suspension. He admits the team faces a battle to win back the fans because of the nature of their semi-final defeat.

Some supporters inside the Estadio Mineirao burned a Brazilian flag on Tuesday night and many left after 29 minutes, when the hosts were 5-0 down.

Those who remained booed their team off at half-time and then in the second half they cheered and clapped the Germans as a sign of their disapproval towards the Selecao.

Thiago said: "This is a bad time so we need strength from our fans. I guarantee that we will play this Saturday's game like it was the final."

Silva was at a loss to explain the nature of the defeat to Germany. "That was not the Brazil team we know and it's almost impossible to think what happened," said the Paris St German centre-back."