THE HEAD of a FIFA-partnered ticketing company has fled to allegedly escape being arrested in Rio after being accused of illegal World Cup ticket sales. 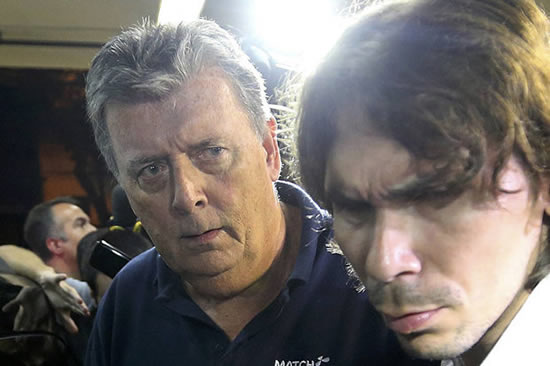 TICKETING PROBE: Ray Whelan is being investigated over an alleged ticketing scam

But Brazilian police have named him as a fugitive from justice as they continue to look for the head of FIFA partner Match Hospitality, who is believed to be on the run.

Mr Whelan and 11 other Brits are said to have made money by buying and illegally selling VIP and hospitality tickets.

The 64-year-old was arrested in Rio for questioning on Monday but later released.

Match Hospitality said in a statement that the company and Mr Whelan deny any wrongdoing and are willing to co-operate with the investigation.

Yet Rio police went to Mr Whelan's room in the exclusive Copacabana Palace hotel but he had left an hour earlier. 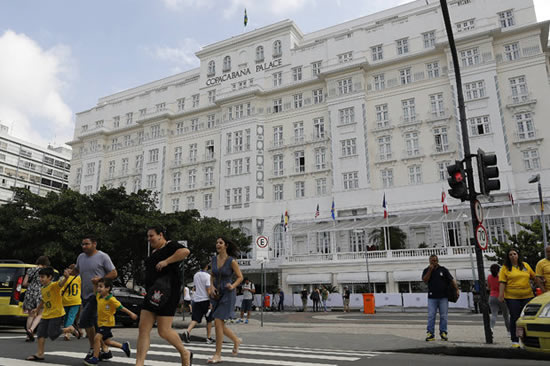 FLED: Mr Whelan is said to have sneaked out of the Copacabana Palace hotel

According to reports, Mr Whelan fled the hotel with his lawyer Fernando Fernandes, who was now negotiating with officials over the terms on which his client would present himself to police.

Police chief Fabio Barucke said outside the hotel: "We have security camera images of him exiting the hotel through a service door."

Mr Barucke said police had recorded 900 calls between Mr Whelan and an Algerian, Lamine Fofana, who police allege was the leader of the ticket-touting ring, since the World Cup began. 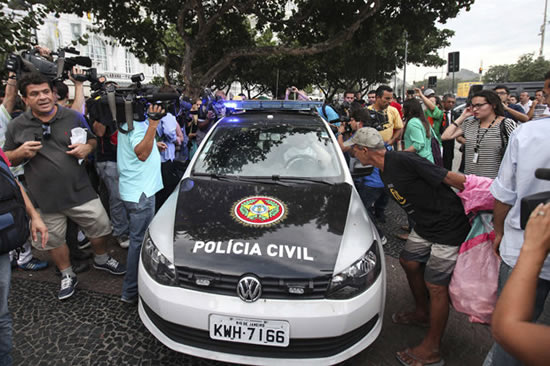 ON THE RUN: Police arrived at the hotel to find Mr Whelan already gone

FIFA said after Mr Whelan's arrest this week that the governing body would "fully collaborate with the local authorities and will provide any details requested".

The company added that it was bizarre that the transactions were done in cash but "permitted under the various terms and conditions".

Switzerland-based MATCH is the main British provider for hospitality packages for the World Cup and is linked with UK sports event manager Byrom based in Cheadle, near Manchester.

Jaime Byrom, executive chairman of MATCH, and Mr Whelan's brother-in-law, said in a statement: "Notwithstanding our belief that the action taken against Mr Whelan was illegal and baseless, MATCH Services and I personally remain totally committed to assist the authorities from the 18th Precinct [police] or any other jurisdiction in FIFA's fight against illegal ticket sales."