And who says all footballers are bad guys? Mesut Ozil pays for sick kids' surgeries

ARSENAL star and World Cup winner Mesut Ozil has been praised after paying for medical surgery for 23 sick children. 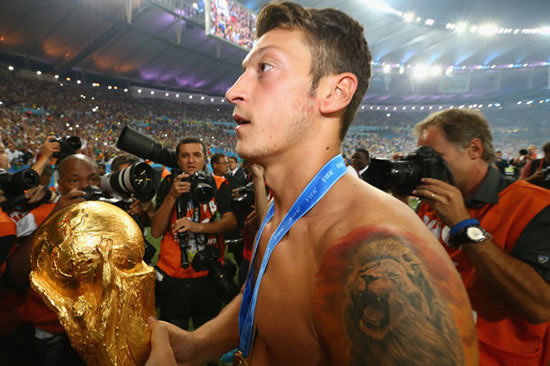 The German playmaker made the incredible gesture to thank the Brazilian people for their hospitality during the tournament.

Writing on Facebook Ozil said: "Prior to the World Cup I supported the surgery of 11 sick children.

"Since the victory of the World Cup is not only due to 11 players but to our whole team, I will now raise the number to 23.

"This is my personal thank-you for the hospitality of the people of Brazil."

It had been reported that Ozil – who is of Turkish descent and a practising Muslim – had donated his prize money to Gaza in response to the ongoing unrest in the Middle East. 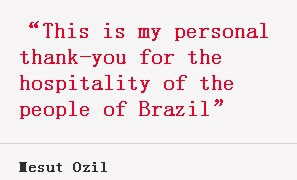 However his spokesman confirmed to the Associated Press that was not the case.

The former Real Madrid star has been applauded on social media for his gesture.

"As a Brazilian I want to thank you and German team for everything you did to us...our children need help, and you did that," said Je Ramona.

"A fabulous gesture from a fabulous player," said another user.