Messi: "I want to be World Champion for my country" 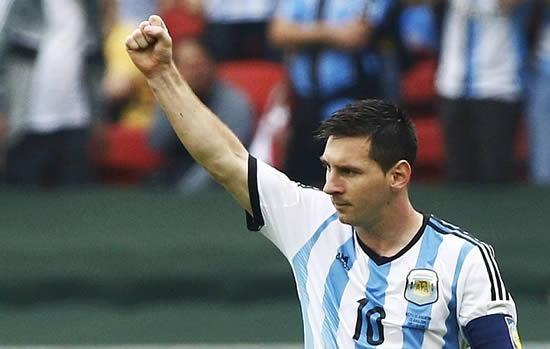 After scoring two goals against Nigeria, Messi said that he wants to become world champion for his "country". "I don't think there is anything more wonderful than being the World Champion. I want to achieve that with my national team to give joy to my country. It would be incredible", he enthused.

He revealed how "happy and pleased" he is with how "things" are going, having scored four goals in three games. "I’m happy that we’ve advanced as first of the group, that's what we wanted. From now on, you don’t want to do anything wrong, because one match can send you out. We want to continue on this path and improve. We've seen a better Argentina and we hope to raise the bar", he added.

Asked about being subbed off 26 minutes before the final whistle, he stressed he was fine and that he and coach Alejandro Sabella had spoken about it before the game. "It was the first game we had to play inside three days. From the first to the second we had more rest, now we have six days. I'm fine, Sabella told me he was going to change me", he said.