The Brazilian Football Federation (CBF) wants José Mourinho to take over from Luiz Felipe Scolari and lead the 'Canarinha' into the 2018 World Cup in Russia. However, the Portuguese coach is unwilling to consider the job at this moment in time as he is reluctant to break his Chelsea contract, which runs for another three seasons. 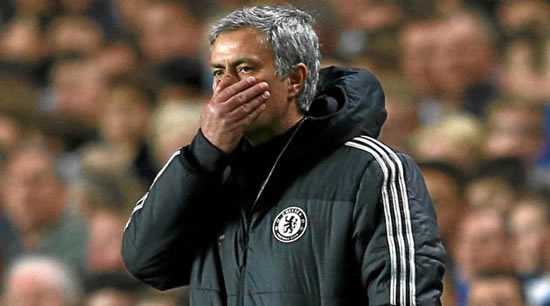 Mou is assembling a team to challenge on all fronts and has no intention of jumping ship right now, having given Blues owner Roman Abramovich his word and committed to the club on paper.

The CBF began putting out the feelers in the aftermath of Brazil's collapse against Germany. Brazilian football's head honchos fully expect Scolari to depart after the World Cup, so one of the top dogs touched bases with Jorge Mendes to express interest in bringing Mourinho on board. There was even talk of the organisation's president flying out to London to talk to the coach.

The Portuguese agent made it clear that this is a no-go right now, while suggesting that the move might appeal in the future.

Former Real Madrid and Barcelona striker Ronaldo is believed to have championed Mou's cause, having worked with him back when the Portuguese tactician was the assistant coach at the Camp Nou. 'O Fenômeno' is a big fan of the current Chelsea boss and has even floated the idea of Mourinho honouring his contract at Stamford Bridge for another two years and then taking the 'Seleção' hotseat.