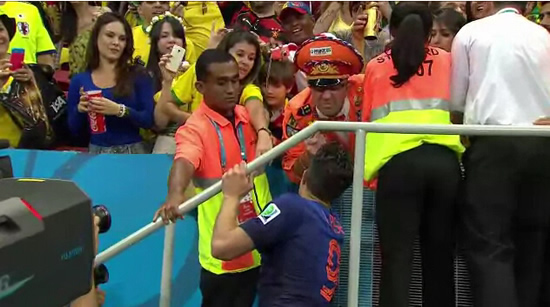 You will have no doubt spotted the Dutch super fan at many of Holland’s games at the World Cup.

According to some reports, “the Oranje Generaal” has been following Holland, in his orange pilot’s uniform since the 1994 World Cup.

It would appear that Manchester United striker Robin van Persie is well aware of the Oranje Generaal.

As after Holland’s 3-0 win over Brazil, to clinch third place at the World Cup, van Persie headed over to the famous Dutch supporter and handed him both the captain’s armband and the third placed medal.

What a moment for the Oranje Generaal! 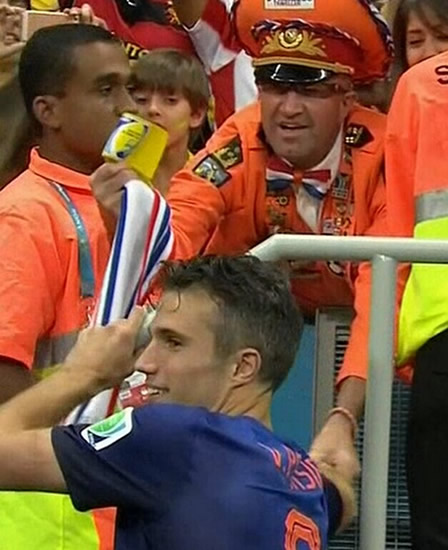