'Portugal wore Ronaldo like a diamond ring they never had' 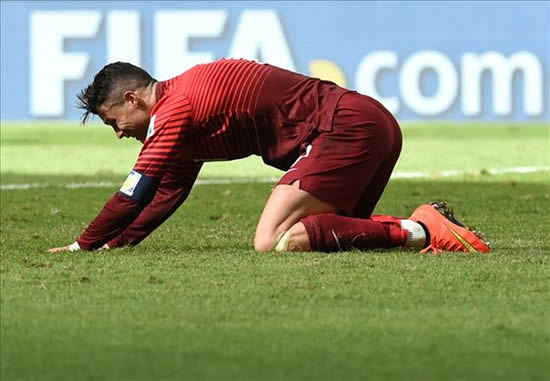 Cristiano Ronaldo has been lambasted by Manuel Jose for treating his Portugal team-mates like "subordinates" following their group stage World Cup exit.

The Real Madrid forward was diagnosed with tendonitis of the knee ahead of the tournament and was far from his best as Paulo Bento's men finished third behind USA and Germany in Group G.

And the outspoken Jose, who has coached the likes of Sporting Lisbon, Benfica and Vitoria de Guimaraes in the Primeira Liga, has now delivered a stinging critique of Ronaldo’s contribution in Brazil.

He said: “He is a fantastic player but every time he speaks he comes out with a blunder.

“Portugal have been carrying the ‘world’s best’ like a diamond ring that we never had. The other players were treated like subordinates. Completely.”

Despite carrying an injury, Ronaldo still managed to score a goal against Ghana and provide a fine late assist for Silvestre Varela in the second group match against the United States.