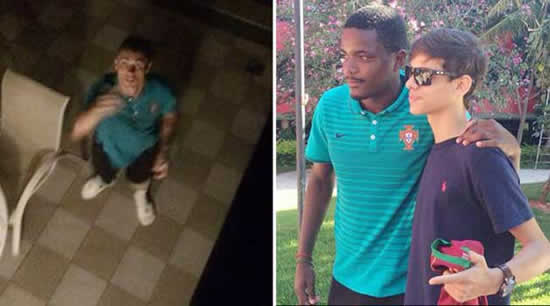 Cristiano Ronaldo was in for a shock when he returned to the hotel in Brasilia where the Portugal team were staying before facing Ghana in their final match of the World Cup. A Brazilian boy had snuck into his room and was waiting for him.

Yago Leal, a 15-year-old Brazilian student, told his rather strange story to 'Globoesporte'. He assures that Ronaldo was not alarmed and did not call security. He had his photo taken and then helped him to leave the hotel.

"I got into the hotel up at the top. I got to Cristiano's room and I was in his room. I lay down on his bed. I was there when he got back. He was really nice to me."