Argentina are just 90 minutes away from lifting the World Cup in the Maracana after they edged past Holland on penalties in Wednesday's semi-final at the Arena Corinthians. 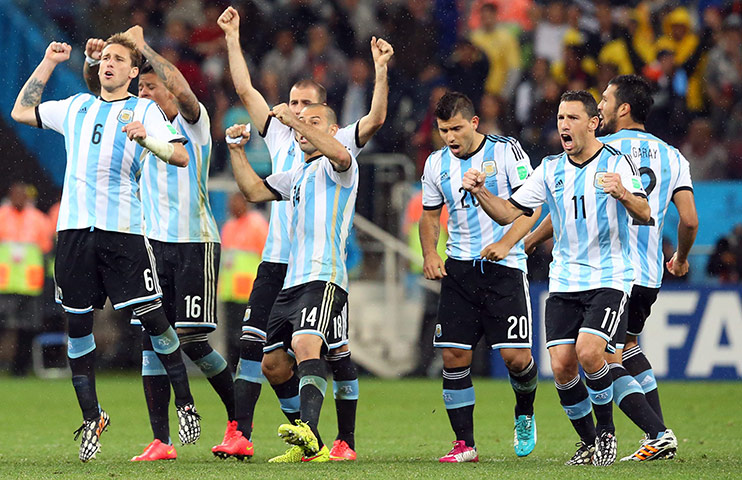 After a dull, uneventful and goalless 120 minutes, the match went to a penalty shootout in Sao Paulo.

Argentina did not miss once and Sergio Romero saved from Ron Vlaar and Wesley Sneijder, meaning Alejandro Sabella's team clinched the showdown 4-2.

Argentina will now face Germany in Sunday's World Cup final at the Maracana - the spiritual home of their fierce rivals Brazil, who were brutally knocked out by Germany on Tuesday night.

The last time the Argentines made it through to the final in 1990, they lost to the Germans.

Germany, who battered Brazil 7-1 in Belo Horizonte, will take encouragement from watching this performance from Sabella's side. 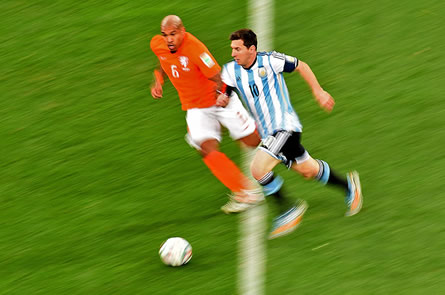 Lionel Messi scored one of the penalty kicks, but he was otherwise quiet and Argentina failed to impress all night.

Louis van Gaal did well to snuff out Messi during normal time, but his team were also devoid of ideas in attack.

Van Gaal will now take charge of Holland in Saturday's third-place play-off against the hosts before flying to England to take over at Manchester United.