An emotional Neymar cried as he recalled the challenge that ended his World Cup and said he felt blessed not to have ended up in a wheelchair.

Colombia defender Juan Zúñiga kneed the Brazil forward in the back in the closing stages of the hosts’ 2-1 quarter-final victory, ruling him out of the tournament before the team’s traumatic 7-1 semi-final defeat by Germany. 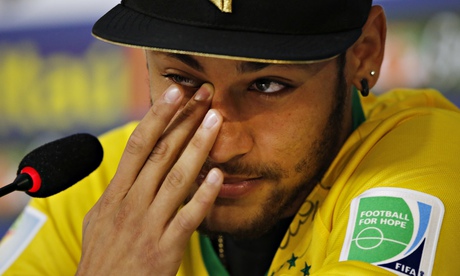 “I won’t say he came to injure me, I don’t what was going on in his head but everyone who understands football can see that it wasn’t a normal challenge,” Neymar told reporters at Brazil’s base camp just outside Rio de Janeiro.

“When you want to foul someone to stop a game or stop a counterattack, you kick their ankles, you push, you pull, but the way the ball was falling, it wasn’t a normal game situation.

“God blessed me,” Neymar said, breaking down in tears. “If it had been another two centimetres I could be in a wheelchair today.”

Neymar said Zúñiga called him the next day to apologise but he stopped short of forgiving his rival for the challenge.

Colombia’s football federation have since pledged to protect Napoli defender Zúñiga after he was subjected to a fierce backlash from Brazil fans for injuring Neymar. “FCF rejects all threats and insults against the player Juan Camilo Zúñiga and his family,” the national body said in a statement. 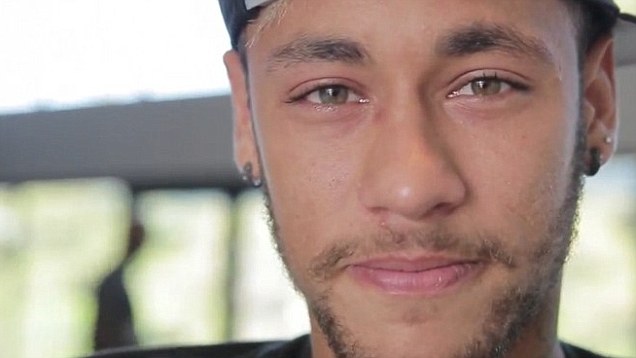 “It [FCF] will continue taking all actions with the appropriate security and government organisations to give the necessary guarantees to the player, for both his time in Colombia and his permanent residency in Italy.”

Sporting a Brazil shirt signed by his team-mates, Neymar also distanced himself from comments made by his agent, Wagner Ribeiro, who called coach Luiz Felipe Scolari “old, arrogant and ridiculous”. “I don’t agree and I don’t accept what he said about Felipão,” he said.

Germany will face Argentina in Sunday’s final at the Maracanã in Rio and hope to be able to call upon Real Madrid midfielder Ángel di María after he took part in light training on Thursday. Yet with the majority of Brazil expected to throw their support behind Germany, Neymar has admitted he will be cheering on Barcelona club-mates Lionel Messi and Javier Mascherano as they attempt to win football’s biggest prize.

“I always said I wanted Argentina to get to the final because Brazil would be there but it never worked out like that,” he said. “I still want them there because my two team-mates are there, Messi and Mascherano, and I hope they win.”

Neymar singled out Messi for special praise and said the World Cup trophy would be a fitting addition to his bulging trophy cabinet.

“He’s won almost everything and I think he deserves to be champion and I am cheering for him to be champion,” he said. “He is my team-mate and my friend.”

The 22-year-old watched the 7-1 mauling by Joachim Löw’s side at home as he begins his recovery but refused to criticise their performance despite the embarrassing scoreline.